Netflix’s biggest hit series of all time – Squid Game, released on 17th September 2021 has certainly got everybody hooked ever since its release date. There have been a lot of word-of-mouth promotions for this particular series, and debates and discussions have been doing rounds among the viewers, content creators including bloggers, Youtubers as well as in the media and popular culture. So, why are people watching Squid Game, and some even on a re-watching spree? What makes Squid Game so special and stand out among other movies and shows? What do we actually learn from watching Squid Game?

We bring to you 6 life lessons from the biggest show ever in the history of Netflix.
(Warning: Major spoilers ahead)

1. Survival of the fittest:

Only the fittest are able to survive – this rule of nature is proved time and again as the game progresses. Starting from the Red Light Green Light game in Episode 1 to the final Squid Game, there have been numerous instances that prove – if you have what it takes to survive, only then you will be able to do so.

The central characters (players) in Squid Game – all of them, are shown to be immersed in terrible poverty and left all alone in an impoverished state – the lives they are leading is nothing less than hell (Episode 2 is rightly named ‘Hell’). They are as miserable as they look – if not more. All of this is because of their wrong life choices – the decisions they have made in the past has led them to this helpless state – being barraged by moneylenders from whom they have taken large sums of money as loans and unable to return the money or the cops on the lookout for them for illegal things they have done. The sheer helplessness of their situation makes them opt for the contest where lives are at stake every second – for they are in desperate need of money.

3. Think out of the box in order to succeed:

The first instance where out-of-the-box thinking comes into play is in Episode 3, where the participants of the game have to carve out specific shapes from molds of dalgona candy. Even though many participants are unable to carve out the relatively difficult umbrella shape from the candy and break them, leading them to get killed off immediately, our central character Seong Gi-Hun (Player 456) gets the idea of licking his piece of candy in order to make it thinner and softer and successfully carves out the umbrella shape from it. Seeing him do so, many other players around him start emulating this. Soon enough, The Umbrella Man is able to carve out the Umbrella from the piece of candy.

According to me, Episode 6 was the most impactful one in Season 1 of Squid Game- and rightfully so. All of the players are asked to partner up with someone of their choice and they do so – picking the partner they feel would be best suited for their team to win. But as they reach the playing area and learn the rules, they realize- to their dismay- they have to play against their partner, and the losing person is bound to get killed off. The episode – named Gganbu (which means a person whom you are friends with and share things with), is reminiscent of the spirit of friendship, union, and partnership, although in a tragic way.

5. Life can be heartbreaking – at times:

Gganbu was the episode which broke many people’s hearts – for reasons well enough. As we witness the players partnering up and competing against one another, several dynamics come into play. Seong Gi-Hun (Player 456) who initially wants to pick a stronger, more able partner to team up with, eventually picks The Old Man Oh Il-Nam (Player 001) just out of his moral goodness, even though during the course of the game, he is found to be cheating (taking advantage of the old man’s memory loss) in order to win the game. Later, the old man reveals that he was aware all along that he was being tricked and gives his last marble to Seong Gi-Hun, reminding him that they had promised each other to be each other’s Gganbu.

Another pair is that of Sae-byeok and. Ji-yeong decides to play one round, in the end, to decide the winner and spend what is seeming, the last 30 minutes of their lives talking about each other’s life. They get to know things about each other and reveal their own truths, miseries, pain, shame – all of it to each other. Their growing friendship and the way things end in the game is a painful watch.
Then there is the pair of Cho Sang-woo (Player 218) and Ali (Player 199). Sang-woo chooses Ali as a partner because he feels that they are the perfect combination of brains and strength alike – he being the brains and Ali, the strength. However, during the course of the game, things soon take a turn for the worse. It is not surprising to watch cruel Sang-woo’s betrayal of innocent Ali, but Ali’s expression at the end of it, when he realizes that he has been deceived by a person whom he trusted, is heartbreaking.

6. The impact of capitalism:

Time and again, the Netflix series has focused on the burning issue of capitalism and the impact it has had on the modern world. We see its direct evidence throughout the course of the series, where a large amount of money is limited within the grasp of a few people – while most others struggle to make ends meet in their day-to-day lives. The players of Squid Game – who have been living in hell owing to their miserable financial conditions, are forced to play in order to get the huge sum of prize money and change their lives inside out. Little do they know that they are being played like racehorses – the filthy rich, English-speaking men have been putting money on them while they put their lives at stake in this bizarre game where losing a single game can cost them their lives. These men – completely obsessed with the idea of only getting themselves satisfied with their sheer power of money, seemingly enjoy the game with great satisfaction and also derive a sadistic pleasure watching the miserable contestants suffer and die. We truly do live in a capitalist world, where literally everything that is of value, is monetized or commercialized. Netflix says that Squid Game as a series has provided $900 million as ‘impact value’ alone. The stock market value of Netflix has seen a hike of $19 billion post the release of Squid Game.

Squid Game was an intriguing watch from the start to finish – its impact on a global level has been astounding, with Squid Game merchandise being sold all around the globe, planning of video games, and a Youtuber even announcing that he will recreate Squid Game in real life. The series raises questions on the goodness of humanity, moral values, and capitalistic propaganda. It is definitely a series worth watching!

What I Learned About Facing Fear from Cold Swimming 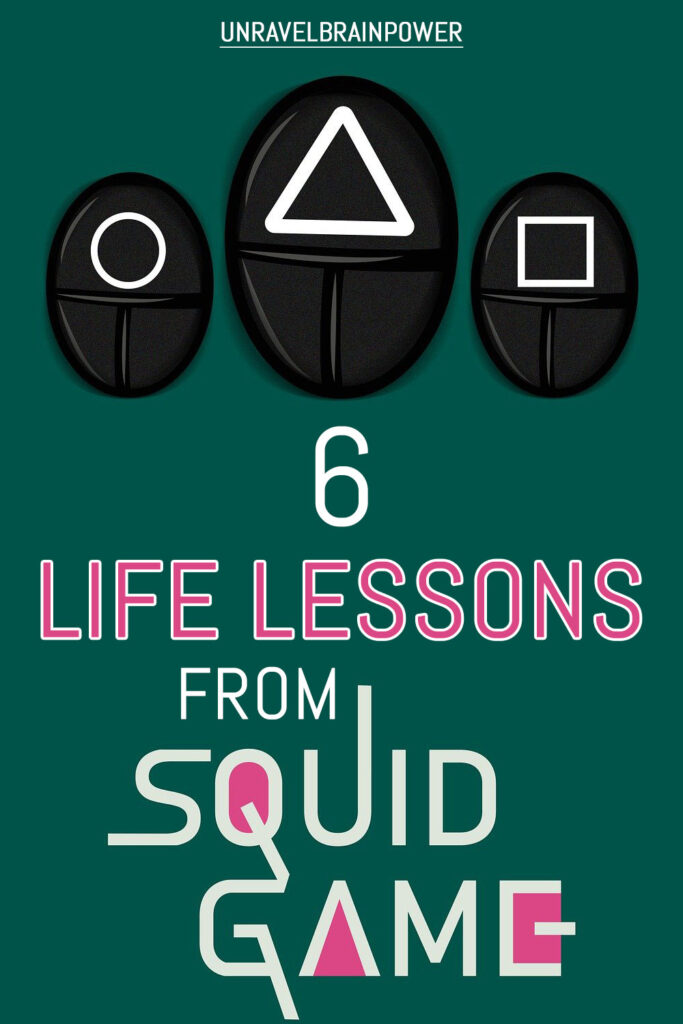