1. The most dangerous man, to any government, is the man who is able to think things out for himself, without regard to the prevailing superstitions and taboos. Almost invariably he comes to the conclusion that the government he lives under is dishonest, insane and intolerable, and so, if he is romantic, he tries to change it. And if he is not romantic personally, he is apt to spread discontent among those who are. ― H. L. Mencken

3. Every gun that is made, every warship launched, every rocket fired, signifies in the final sense a theft from those who hunger and are not fed, those who are cold and are not clothed.
― Dwight D. Eisenhower

4. The best people possess a feeling for beauty, the courage to take risks, the discipline to tell the truth, the capacity for sacrifice. Ironically, their virtues make them vulnerable; they are often wounded, sometimes destroyed. — Ernest Hemingway

5. Everybody is a genius. But if you judge a fish by its ability to climb a tree, it will live its whole life believing that it is stupid. ― Albert Einstein

6. Some people die at 25 and aren’t buried until 75. —benjamin franklin

7. Two possibilities exist: either we are alone in the universe or we are not. both are equally terrifying. — arthur c. clark

9. Of all sad words of mouth or pen, the saddest are these: it might have been. — john greenleaf whittier

12. And when you gaze long enough into the abyss, the abyss will gaze back into you.
— friedrich nietzsche

15. It is no measure of health to be well—adjusted to a profoundly sick society. — jiddu krisnamurti

16. Every man dies, but not every man truly lives. — william wallace

17. Be kind, for everyone you meet is fighting a hard battle. — plato

18. Some cause happiness wherever they go, others whenever they go. ― oscar wilde

19. Have I not destroyed my enemy when i have made him into my friend? — abraham lincoln

20. To love is to recognize yourself in another. – eckhart tolle

21. Prejudices are rarely overcome by argument; not being founded in reason they cannot be destroyed by logic. — tryon edwards

22. They that can give up essential liberty to obtain a little temporary safety deserve neither liberty nor safety. — benjamin franklin 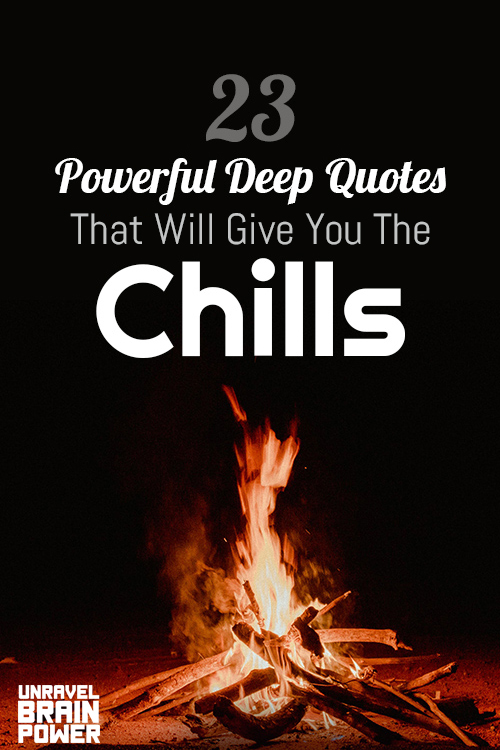