Thanksgiving is the season of turkey, pumpkin pie, and celebration in the company of family and friends together. If you have kids in your family, and your friends have kids of their own as well, it is best that you keep a source of pastime for all of your kids arranged – be it fun games, outings, or movies. Here is a list of 11 movies that your kids can watch on the occasion of Thanksgiving:

A prime-time animated television special, A Charlie Brown Thanksgiving is the third movie in the trilogy of holiday movies – it was preceded by A Charlie Brown Christmas (1965) and It’s the Great Pumpkin, Charlie Brown (1966). All three movies in this trilogy are based on the popular comic strip Peanuts, created by the notable Charles M. Schulz.

Based mostly on the “Garfield” comic strip, this is an animated television special made as a part of “Garfield Television Specials.” Thanksgiving is certainly not an ideal occasion to start a diet, especially with someone like Garfield who is a hardcore foodie. But talk about bad timing! Garfield’s owner decides Thanksgiving be the perfect day for Garfield to start dieting, and the movie traces Garfield’s path to satisfaction, celebrating and having food to his heart’s content.

The 15th Episode from Season 7 of Dora The Explorer is a fun one where everyone is getting ready for the Thanksgiving parade and feast, and suddenly a problem arises – the Pirate Piggies float away on Dora’s float boat accidentally. Now Dora and Boots have to take the responsibility of saving the Pirate Piggies by racing to the Pumpkin Rock and save the Turkey Day from turning out to be a disastrous one.

A sequel to The Addam’s Family (1991), this is a dark comedy film which is borderline spooky and gives the audience some dark and macabre laughs. If you want to watch something slightly offbeat and not-so-mainstream, this is the movie for you.

A recent television release, this movie is all about two young people unraveling the mysteries of a town they visit (named Turkey Hollow) on the occasion of the Thanksgiving holidays, and bring things out into the light.

A computer-animated science fiction comedy movie, Free Birds is about Reggie, a turkey who is the smartest one in his flock and wants to change the Thanksgiving menu for good by stopping the inclusion of turkey meat in the menu. For this, he comes across someone who gives him access to a time machine – to travel back to the very first Thanksgiving.

First aired as a Thanksgiving television special, this is an unrated animation film whose running time is just a little over an hour. This one focuses on Dave’s marriage, things not working out as usual and how things unfold after that.

A family comedy-drama film based on a short story by Chris Radant and directed by Jodie Foster. Starring Robert Downey Jr, Claire Danes and others, this one throws in all the laughs in a typical middle-class Thanksgiving reunion.

A Dinosaur’s Story (1993): Another gem of an animated film, the title gives away what the story can be about – the narrative of a dinosaur (Tyrannosaurus Rex) about his adventures.

Seasons of Giving (1999): A classic, this one traces the journey and adventures of Winnie the Pooh and his gang while they are out collecting the ingredients for Thanksgiving dinner.

Hailed as a Christmas family fantasy drama film, “It’s a Wonderful Life (1946)” celebrates the spirit of goodness in mankind. The one line which stays with the audience from the film is, “No man is a failure who has friends.” Talk about counting one’s blessings.

Movies truly make up the spirit of Thanksgiving – Thanksgiving remains incomplete without watching some movies together with our near and dear ones. You can watch any of the movies from this list with your kids as well, and if you have suggestions, feel free to add them to the list! 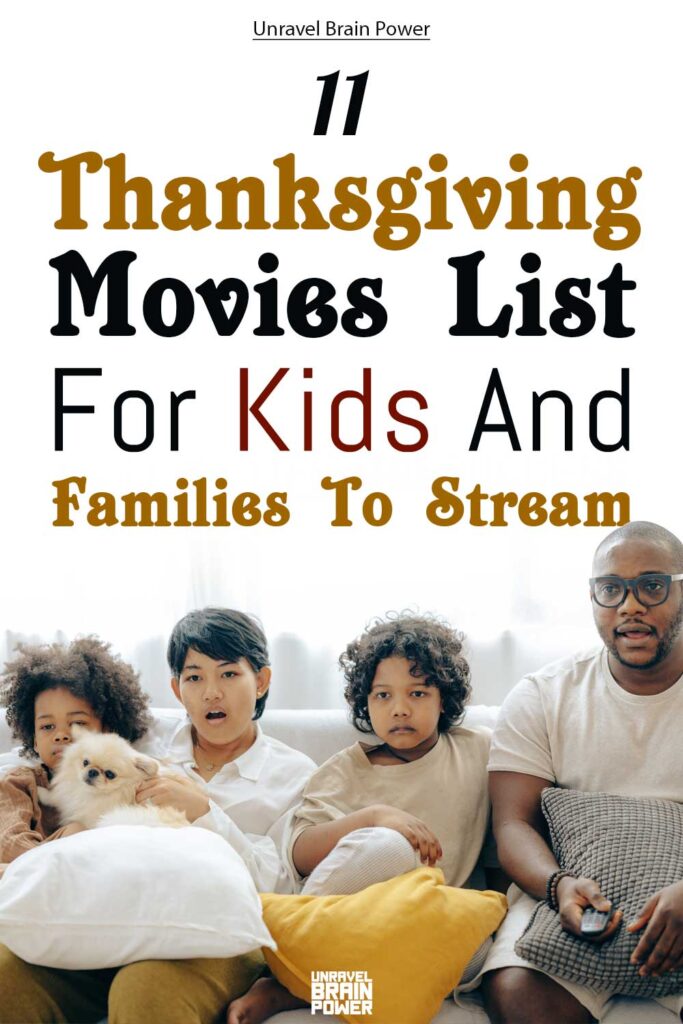