Who doesn’t want to be praised? Who doesn’t enjoy being complimented?
Well, everyone does.
These good feelings come wrapped up in a packet of embarrassment and awkwardness. No one can help such feelings. This is a natural human instinct to recoil when getting touched.
Being able to accept praise is a big challenge.
Many people downplay compliments to avoid the appearance of conceit.
Being a girl, I too get many compliments, but when it comes to appreciating them, even I get nervous and sometimes say things that are awkward.

Rather than humbly accepting the things we choose to deflect or dilute the compliment, which isn’t presentable at all.

Others might think that you are unable to accept good sayings about yourself because you are less confident. Where, the reality is, you are too shy to accept things that way.
Or, might be much more self-conscious than you should be.

It might feel redundant for you to admit a compliment, but is really the inverse when it comes to being humane.
If you start responding negatively or not-positively to the compliments, people will stop showing you even in the days, when you are in a mad need of appreciation and support.

Here are things that you need to say when anyone compliments you on multiple occasions.

Things to say, when being complimented positively

The easiest way to accept things is by saying a quick “thank you”. It takes less time and gets the work done. The most straightforward reply one can think of. The opposite person will understand, that you have accepted their praise and are content about it. Then just continue the conversation without being awkward about it.
Sometimes there’s just no need for over-thinking.

When we acknowledge someone being kind to us, we say these words. It shows our sincere gratitude towards their appraisal and the effort they have made to compliment my actions. It also quite a common reply we give. Letting them comprehend that you hold they are kind will give them the courage to honor others and also allows them to know that you’re comfortable been given recognition.

When someone praises us for our special things, like someone very close to you, gifts you something priceless or throws you a surprise birthday party.
You might be having a bad day at work when something good comes up, your co-workers arrange something unexpected for you, you might consider giving them this reply.
This response has a very genuine tone and expresses your care and concern that what they did for you, made you happy and surprised at the same time.

All days aren’t the same for us. We get upset with so many things at the same time. When life gives us tensions, it also gives us people to cheer about. People might compliment you by encouraging you on of your not-so-successful achievement, you should tell them that you are thankful for them for cheering you up.
Include their character attributes into your answer and let them know that they matter to you beyond simply enjoying their admiration.
Let people know, that their kind words have made your day easier.

Some compliments really do boosts are our self-esteem. It pushes us in the right direction. And it’s important to let those persons know.
When positive comments come, they should be received properly. Tell them that their support (when you needed it the most) helped you pass the odds and evolve.
Some compliments really encourage us and allowing the person to know that will not only make them sense good, but it’ll also evoke to them how much their words mean and spur them to appreciate and encourage others on their travels.

What about the cynical compliments?

We are surrounded by so many people. Some are good and some bad.
Fake people and fake friends often leave cynical criticisms.
Along with motivating compliments, we receive applause which is tricky and has a double meaning. They are too sweet on the surface, but deep inside, it feels much like an insult.
There will be compliments that actually dig.
If this happens to you, there are two ways to deal with it.

Things to do when received Backhanded Compliments

Some people love to mix bullies and appraisals together in the hope of making you feel disgusted and uncomfortable. Sure, you can pretty avoid them. Ignoring their attempts will not only discourage them but also make them understand where they are wrong. They might learn a lesson so that it doesn’t get repeated.

Confront them, then and there:

These people generally love to make fun of others in a public space. So do not think of going back home and then talking to them over the phone.
When they could insult you publicly, you can even correct them publicly.
That’s what tit for tat is.
It’s easy to laugh off things when in between close friends, but it’s necessary to point out their mistakes so that they don’t repeat them again.

Most people don’t have the time or energy to fake being nice, so when they tell you that you did great, take out some time to appreciate it.

If you start second-guessing people’s motives behind their words, you would never get the opportunity to be happy.

Read more : 5 Tips To Stop Talking Too Much

Pin it for later 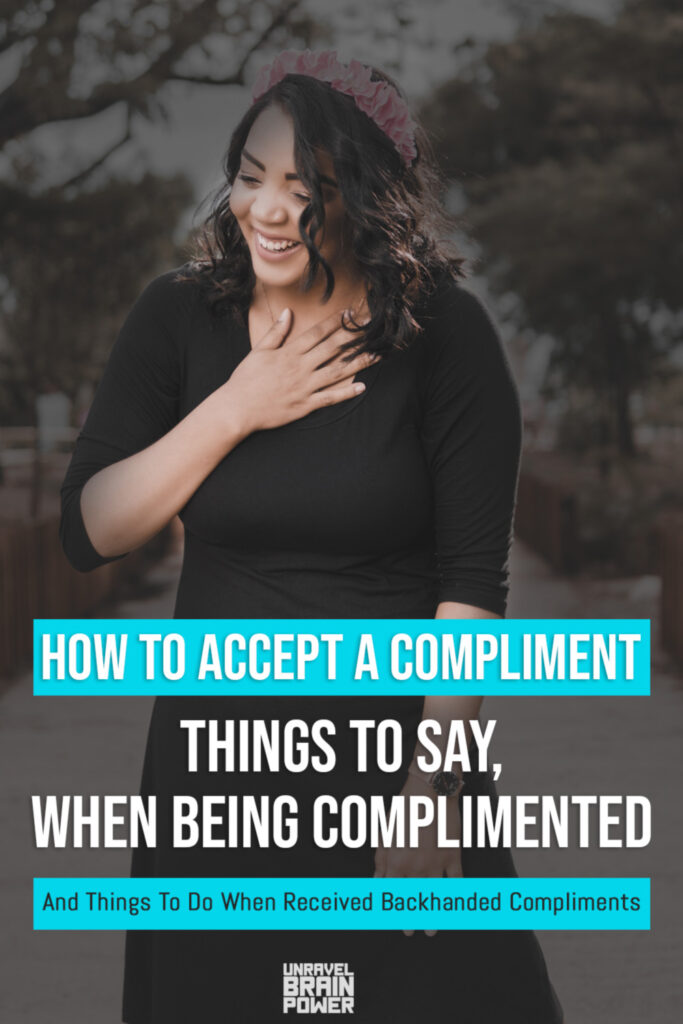