2. April 1. This is the day upon which we are reminded of what we are on the other three hundred and sixty-four.
– Mark Twain

3. Everything is funny, as long as it’s happening to somebody else.
– Will Rogers

4. Let us be thankful for the fools. But for them the rest of us could not succeed.
– Mark Twain

5. It is the ability to take a joke, not make one, that proves you have a sense of humor.
– Max Eastman

6. Here cometh April again, and as far as I can see the world hath more fools in it than ever.
– Charles Lamb

7. The greatest lesson in life is to know that even fools are right sometimes.
– Winston Churchill

8. The first of April is the day we remember what we are the other 364 days of the year.
– Mark Twain

9. Better a witty fool than a foolish wit.
– William Shakespeare

10. Talk sense to a fool and he calls you foolish.
– Euripides

11. The trouble with practical jokes is that very often they get elected.
– Will Rogers

12. A mother takes twenty years to make a man of her boy, and another woman makes a fool of him in twenty minutes.
– Robert Frost

13. When in doubt, make a fool of yourself.
– Cynthia Heimel

14. I sometimes wonder if the manufacturers of foolproof items keep a fool or two on their payroll to test things.
– Alan Coren

16. April fool, n. The March fool with another month added to his folly.
– Ambrose Bierce

17. A common mistake that people make when trying to design something completely foolproof is to underestimate the ingenuity of complete fools.
– Douglas Adams

19. I have great faith in fools,— self-confidence my friends will call it.
– Edgar Allan Poe

20. A fool sees not the same tree that a wise man sees.
– William Blake

21. You can always tell a real friend: when you’ve made a fool of yourself he doesn’t feel you’ve done a permanent job.
– Laurence J. Peter

22. The aim of a joke is not to degrade the human being, but to remind him that he is already degraded.
– George Orwell

23. Forgive, O Lord, my little jokes on Thee, and I’ll forgive Thy great big joke on me.
– Robert Frost

We hope you enjoyed these April Fool’s Day 2021 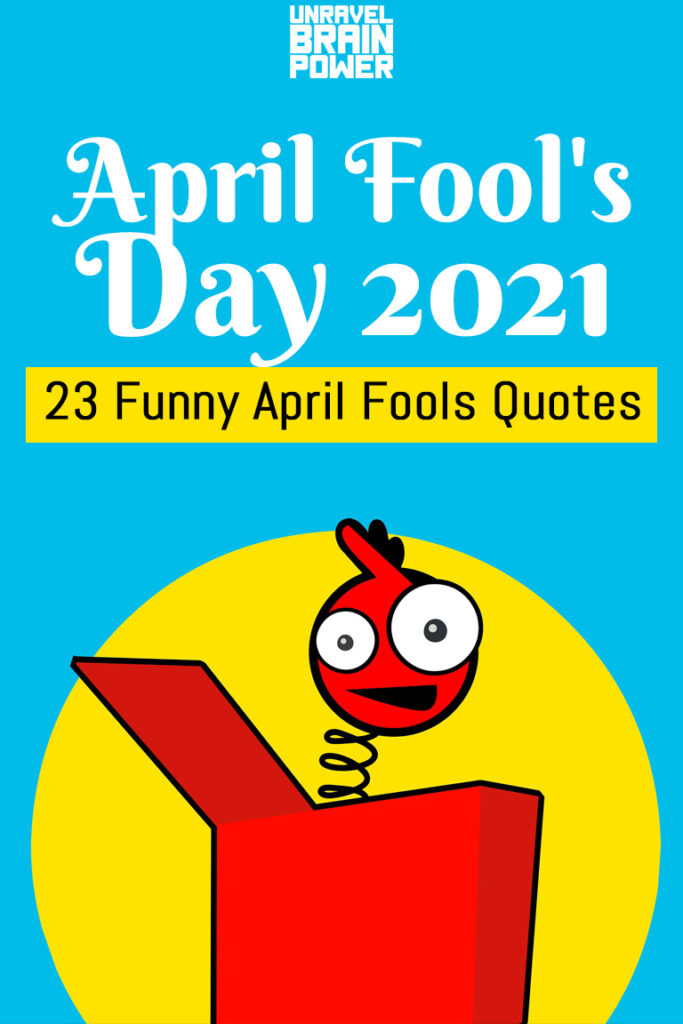