If you know “Iron Man” then your definitely know the American actor and singer Robert John Downey Jr. His early career was not so good but then he got commercial success in his middle age. from 2012 to 2015, Downey topped the Forbes list of Hollywood’s highest-paid actors and making an estimated $80 million in earnings between June 2014 and June 2015.

Here are the Best 40 Robert Downey Jr. Quotes that may inspire you to work hard to make your dream into reality

1. I know very little about acting. I am just an incredibly gifted faker.

2. Listen, smile, agree and then do whatever you were gonna do anyway.

3. Worrying is like praying for something that you don’t want to happen.

4. Do I want to be a hero to my son? No. I would like to be a very real human being. That’s hard enough.

6. The lesson is that you can still make mistakes and be forgiven.

7. For years I took pride in being resilient.

8. I think life changes every year.

9. Sometimes you just gotta be drop-kicked out of the nest.

10. It doesn’t matter whether or not you can act. If you can go into a room and make these sweaters want you, that’s what’ll get you the job.

11. You need to know what to do when the sun is not shining.

12. Look, even bad years are pretty good years, I think.

14. Acting is always a challenge.

15. I think that the power is the principle. The principle of moving forward, as though you have the confidence to move forward, eventually gives you confidence when you look back and see what you’ve done.

16. I guess the issue for me is to keep things dynamic.

17. There are some parents who have really done it right and told their kid, You know, we have this dough, none of this is for you. You have to get your own.

18. I’m coming from a place of total strength and humility now.

19. To me, friendship means loving tolerance.

20. I always think part of success is being able to replicate results, taking what is interesting or viable about yourself as a professional person and seeing if you bring it into different situations with similar results.

21. With a terrible script, you hustle and try to make it better. But with a good script it can be trouble because you rest on your laurels, so to speak, you think it’s going to translate easily.

22. A lot of my peer group think I’m an eccentric bisexual, like I may even have an ammonia-filled tentacle or something somewhere on my body. That’s okay

23. All I want, and I think all any parent with a semblance of a moral psychology wants, is for my kid to have his own experience, uninhibited.

24. People rise out of the ashes because, at some point, they are invested with a belief in the possibility of triumph over seemingly impossible odds.

25. I used to be so convinced that happiness was the goal, yet all those years I was chasing after it I was unhappy in the pursuit. Maybe the goal really should be a life that values honor, duty, good work, friends, and family.

26. One must always be mindful.

28. Remember that just because you hit bottom doesn’t mean you have to stay there.

31. I am in the continual process of transcending fear.

32. You have to let go of the things that are darling to you. You have to take the focus off yourself and put it on the shape of the scene and the intention of what everyone else needs.

34. Nothing will serve you better than a strong work ethic. Nothing.

35. At the end of the day, anything I think I’m sacrificing I’m just giving up because it makes me feel better.

36. I think it’s good to be confident. If I’m not on my team why should anybody else be?

37. The higher the stakes, the happier I am, the better I will be.

38. I have a sense of destiny that you are led to the things you are supposed to do.

40. Growing up is something that you do your whole life. I want to always feel that I can be a kid if I want.

25 Quotes From Marvel Movies To Inspire You 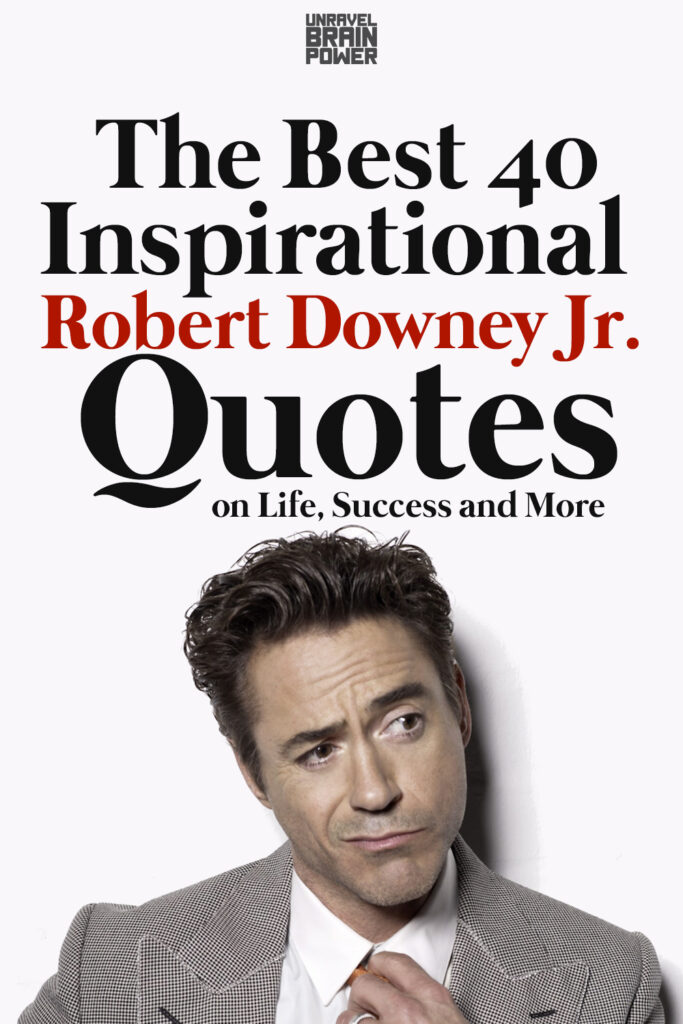