We stalk our ex-partners on it, we are friends with celebrities on it, we play games on it, and we post photos of ourselves on it. But what are we really getting out of the time we spend on Facebook?

We all know that face-to-face social networks are associated with feelings of inclusion, connectedness and acceptance. We meet our friends for deep and meaningful conversations over coffee, and we chat for hours over long dinners discussing the meaning of life (or maybe just gossiping).

But do the benefits of face-to-face networks translate to the online context? Could Facebook – contrary to what we often hear – actually be good for us?

The perils of social networking
Social networking sites are the most prevalent of internet-based services in the world, but the internet can be a scary place, and reports of trolling and cyber-bullying are common.

Research shows that we are likely to be discerning (deceptive?) in what we post on Facebook, that our profile pictures are posed, and that we engage in self-promotion.

Still, these strategic aspects of Facebook use seem pretty harmless. You could also argue that in a world where employers (albeit unofficially) might screen potential employees by looking at their online identity, not engaging in some selectivity when posting would be downright foolish.

Does your potential boss really need to see a picture of you after your fourth margarita last Friday night? Probably not.

But psychological research reveals an even darker side to Facebook use. Extensive use of Facebook is associated with narcissism.

And spending time on Facebook is related to worse academic performance. When looking at others’ posts, we often engage in social comparisons that make us feel bad about ourselves. And being “unfriended” can lead to negative emotions and rumination.

But there is some good news at hand.

It’s not all bad
My colleagues and I at the Australian Catholic University recently carried out two studies to find out whether social “connectedness” can be experienced from interactions on Facebook.

Rather than social connectedness acting as a single, overarching psychological dimension influencing both online and offline encounters, Facebook connectedness and face-to-face connectedness seem to work in distinctive ways, and in fact were only moderately related to each other.

Yet in contrast, feelings of disconnectedness seemed to permeate across the technological divide, with feelings of distance and a lack of “belongingness” ubiquitous in both the Facebook and face-to-face realms.

We asked another 274 Facebook users about their experience of connectedness derived from the social networking site, as well as their mental health and their life satisfaction.

We found that Facebook connectedness was associated with a number of positive psychological outcomes. Facebook users reporting higher levels of online connectedness also reported lower levels of depression and anxiety, and higher rates of wellbeing than their less-connected counterparts.

Taken together, our findings indicate that Facebook provides a distinctive medium in which to develop and maintain healthy and functional relationships. Given the proliferation of online activity, this research has some big social implications.

Does this mean we should all sit down, log on, and switch off from the people around us, replacing real-life with virtual reality? No: far from it.

But this research does suggest Facebook can be an alternative way to engage and connect with others, and that Facebook can act to facilitate better mental health and well-being, particularly for those who find it difficult to connect face-to-face.

After all, one billion people can’t be wrong … right?

This article is republished from The Conversation under a Creative Commons license. Read the original article. 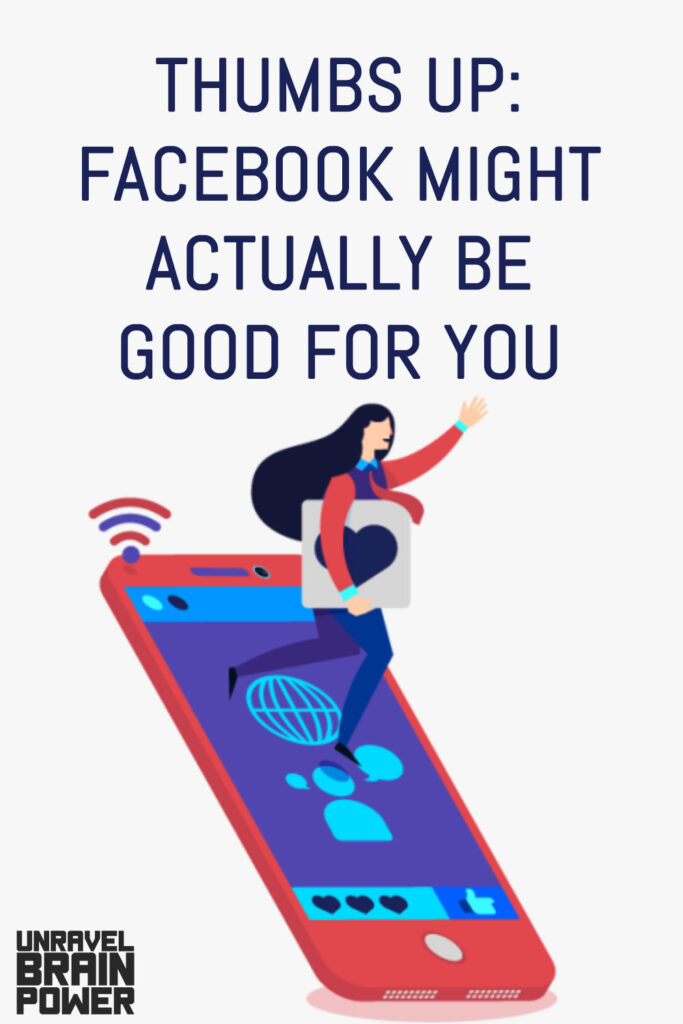