“Narcissists are consumed with maintaining a shallow false self to others. They’re emotionally crippled souls that are addicted to attention. Because of this they use a multitude of games, in order to receive adoration. Sadly, they are the most ungodly of God’s creations because they don’t show remorse for their actions, take steps to make amends or have empathy for others. They are morally bankrupt.”
― Shannon L. Alder

“In a social media world, the danger is being overexposed and when something is overexposed it is no longer interesting…if ever it was.”
― Donna Lynn Hope

“The hunger for attention is an enemy of self-love.”
― Edmond Mbiaka

“Trying to be offensive for the sole purpose of being offensive should always deem one the least offensive of offenders.”
― Criss Jami, Healology

“It’s always worthless sort of person who puts himself out in order to get somebody else worked up.”
― Riichi Yokomitsu, Kikai

“In summary, the conclusion that having DID is generally rewarding is unfounded because the vast majority of the attention such patients receive is skeptical, critical, exploitative, or hostile; they are often ignored if they do present symptoms of DID.
It is certainly possible that some individuals have attempted to feign the disorder. However, the hostile treatment that one would most likely receive would make feigning another disorder more rewarding.”
― David H. Gleaves

“If you reach out to your phone every few minutes, it isn’t the urgency you are catering to but your need to be needed by others, you are seeking attention while battling loneliness”
― Shahenshah Hafeez Khan

Share these Attention Seekers Quotes with friends and family

21 Empowering Questions You Should Ask Yourself 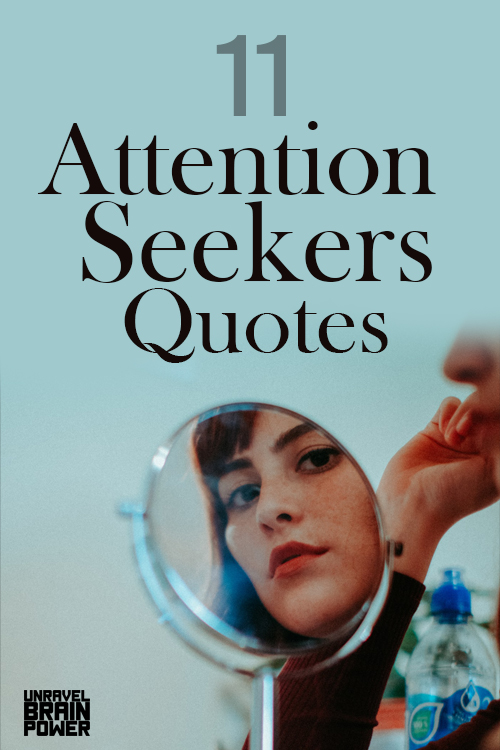