I lost my father when I was in fifth standard, a mere ten-year-old kid. While the experience of going to the burning ghat with my mother after waking up one day early in the morning was immensely traumatizing and had a severe impact on me, the incidents that have subsequently followed in my teen and early years of adulthood have not been quite pleasant either.

I was severely bullied throughout secondary and senior secondary school, primarily owing to my “tomboyish” appearance. I simply refused to fit the bill of the perfect, bubbly, jolly girl society had kept rooted in its head. I lost my uncle (father’s elder sister) soon after that, followed by my cousin(his son) in a fateful bus accident. Last year, I lost a close friend in college to stage-IV cancer. Life has been anything but easy for me so far.

Hard times in life require a strong, level-headed approach and external support as well which makes getting through hard times a bit easier. Words of encouragement and positive thinking can indeed be very motivating during dire situations that arise in life.

Below mentioned are some steps you can undertake (on your own) so that going through difficult times becomes easier for you.

It is not either necessary or possible at all times to be in a happy or a jolly mood or to remain upbeat at all times and at all costs, i.e., at the expense of your mental health. It is very common for unprecedented situations to arise where you might feel your mental health is disturbed greatly and you have little choice but to deal with these situations. Getting through hard times involves acknowledging your emotions, going through the overflow of emotions that will inevitably occur once in a while, and dealing with these emotions (which can and will often seem to be unwanted) by channelizing them into any productive action of yours or any creative pursuit.

2. Assess the situation you are in, from an outsider’s perspective

Does it still seem as bad? Chances are high that it does not. Why so? We all are self-centered at times, and this is a negative narcissistic trait to think that all that is happening to us is anything but good, we are going through the worst possible things in the world.

But from a different approach/perspective, for example, that of an outsider who is looking into the situation, it might be that the situation seems a lot less tense or complicated and can actually seem to be something quite solvable. This will give you the incentive to actually start working on your way to solving your problems.

Hey there! I'm someone you can have long walks and conversations with. Not a religious person, but deeply spiritual, an artist, an author and a mystic. Cats over dogs any day. Movie genres: thriller/horror, music: grunge/rock. Strong believer of: "Love yourself, and the world will love you."

More From: Self Development 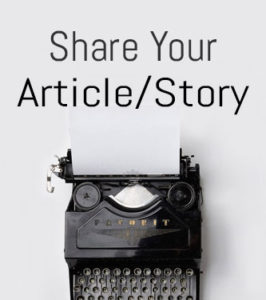