In this article, we will cover what does it mean to be an empath? what are the signs and traits of empaths?

Dr. Judith Orloff, a pioneer in the field, describes empaths as those who absorb the world’s joys and stresses like “emotional sponges.”

Signs You Are An Empath

Empathy is something that the world needs the most in the present day. Empathy is described by most people With increasing incidents of insensitivity and brutal crimes-cultural, racial, gender-based, depending on what your sexual orientation is, it is very much possible that empathy remains the only possible solution that will show us the light and guide us to the right path.

Empathy is a quality that is characterized by the capability of putting oneself in one’s shoes and experiencing what the other person is experiencing, sometimes extreme manifestations of empathy is experienced by empaths even physically feel what their close one or loved one is feeling or going through, be it a positive or a negative experience.

Are Empaths Born Or Made?

Empaths can be either born or made, it all depends on the circumstances of an individual, and there are a number of variable causes for the same.

Genetic factors might play a significant role in determining the amount of empathy a person possesses. There remains a lot of scope for research by scientists and those actively working or studying in the field of psychology regarding the same because the reason for empathy being present in a person as an inherent quality of their genes can be variable. By birth, if a person is an empath, chances are that they have mirror neurons in their bodies. Mirror neurons make a person feel the exact same things that the person close to them is experiencing. It can be any person, who can be either related to them or not. They are extremely sensitive to the vibrations around them and can be classified as emotional contagions.

Empaths are usually introverted in nature and require less amount of dopamine compared to extroverts, who keep themselves occupied with a string of social and outdoor activities with their gang of friends. Empaths, on the other hand, prefer to keep themselves busy with activities like reading a book, practicing meditation, walking alone in a park, etc.

Sometimes, being an empath is hard

Empaths can be made in certain instances, like trauma. Childhood trauma or any traumatic experience during the adolescent years can make a person more aware of what is going on around them, and pick up vibes, either positive or negative.

An empath can become a great writer, detective, therapist or even healer: Possessing empathy is directly associated with qualities like picking up what remains unsaid, understanding the hidden truth that has remained underlying for so long. For this reason, empaths become great at picking up clues, solving mysteries and uncovering the truth. They can do great as detectives or work in related fields of investigation. Empaths are gifted with great intuitive capabilities and most of them channelize it in their creative expressions. Which is why they are usually amazing authors, poets, and artists even.

Empaths can step into the shoes of others and go from sympathizing with them to actually feeling what they are feeling. This makes many of them take up careers as therapists. Usually, they are very interested in learning human psychology from a quite young age. Because the subject is so vast and has so many layers to it, they never stop learning and that’s what feeds their drive to learn more and more.

Usually, an empath is emotionally more mature than their peers: In most cases, while growing up, an empath can experience more than their peers have during their entire lifetime. This makes them highly susceptible to the vibrations around them, be it positive or negative and they can read people or a situation way more easily than others can. Because of their experiences early on in life, they are more responsible and can effortlessly fulfill all worldly duties they are expected to perform. They usually have a more serious demeanor compared to their siblings whom almost everyone considers to be more jovial and cheerful than them.

Empaths usually love to stay in seclusion and their alone time matters a lot to them because that’s when they are able to spend time with themselves, gather their thoughts, and pursue their most-cherished thoughts. While extroverts love being in an energizing atmosphere around them and are always on the go for new adventures and experiences, empaths are naturally quite cautious when it comes to exploring new things and even interacting with new people because they have been hurt before when they let people be close to them. This is the reason empaths mostly seem nervous and guarded around people, the most common example being a social gathering like a party.

Being an empath comes with its own share of advantages and disadvantages, however, an empath needs to make the most out of the qualities that they possess and help uplift the people around them, because that’s what they were born to do. 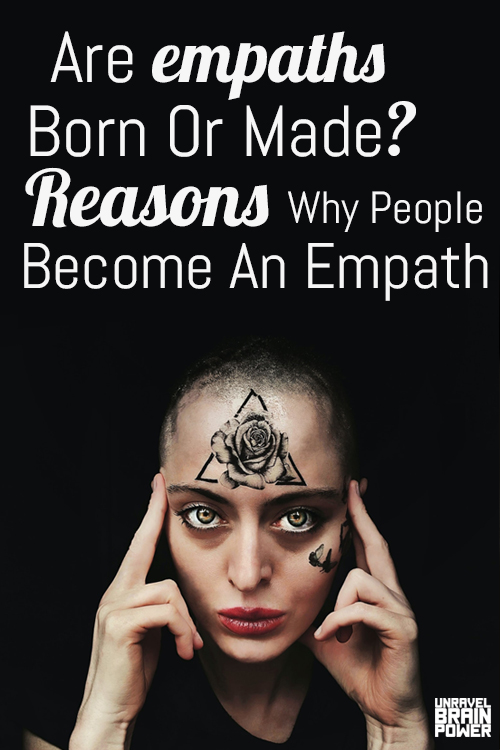 Read More – Sensitivity Is Empowering: Which One Are You Among Different Types Of Empaths?