Are you in a situation where you have met someone who has blown you off your feet, and the man, by chance, happens to be younger than you in age? Maybe by a few years, or perhaps, you have a considerable amount of age difference between you two. However, you two share fantastic chemistry and have enthralling and enriching conversations that last for several hours? If you meet the most amazing man ever, who really seems to be a perfect match for you, shares similar hobbies and activities with you, does the sweetest things for you and is incredible in bed, you should consider a lasting relationship with him.

Dating a younger man might seem to be quite unconventional, and some women might even hesitate when it comes to this arrangement, which is considered to be out-of-the-box.
If you are dating a guy who is a few years (or perhaps more than a few years) younger to you, and you are not quite sure how you feel about that, chances are, society’s fixed norms have made you this way.

Our society and its double standards become rather evident when we people remain completely unbothered when there are decades or even two decades difference between celebrity couples, with the older partner being a male. However, when the woman in the relationship is older than the guy, several comments are usually being made; the large majority of them are not so pleasant. An older man younger woman relationship is deemed to be completely acceptable. In comparison, in the case of a younger man and older woman relationship, the woman is considered to be someone who apparently preys on younger men. In fact, the older the woman becomes, she is considered to be increasingly unattractive and more of a maternal figure, even though she might not be having plans of bearing children anytime in the near future.

The term “cougar” is more often than not, misused in cases of such relationships, subtly implying that the woman is a huntress who is exploiting the younger man in the relationship. This pairing is often seen to be something rather unnatural, even desperate in some cases.

However, the perception of society is far from reality. The relationship of an older woman and a younger man is nothing unconventional, rather it is something that is quite similar to that of two people who belong to the same age bracket.

If you are a woman who is in a relationship with a younger man and are looking for tips or advice on dating, this is the right place for you. The following tips will come in handy and will help you get along.

There is often a large gap between physical and chronological age. Our upbringing, our families, the situations we have to face, and the circumstances that we deal with in our day-to-day lives – all these are factors that determine how mature we act. Our age does not define our maturity, for there have been instances of men in their 50s often acting in the most irresponsible and immature fashion possible, and men in their 20s being the more mature and responsible ones in the way they deal with things. If a man who is old enough, but spends most of his time in a protected environment, and has been sheltered and cared for ever since he was in his teens, he is unlikely to be flexible or mature enough in his dealings with other people. On the other hand, a man who has experienced a lot in his life is likely to be of a more mature bent of mind and is able to handle his life in a much better manner.

2. Be completely sure of the fact that your partner is not looking for a mother figure in you:

A replacement ‘mama’, or a mom 2.0 is not someone you are essentially looking to become when you are in a relationship with your man. Many a time, it may happen that the younger man is attracted to the older woman because he wants someone who can take care of him, just like his mom would. These are guys who were completely dependent on their moms and are looking for a substitute for the same now. They haven’t learned to take responsibility, and have had their laundries, their cooking, and every basic thing done by their mothers. In many of the cases, these men are often rejected by older women and settle for a younger girl who is not able to protest much or stand up to them. The same thing is applicable for a man who is constantly turning to his woman for advice or guidance for literally everything that he does in life. Healthy boundaries must be clearly put up by you, and given that you do not want to fit into either of the ‘mother’ or ‘teacher’ roles, they should accept the boundaries that you put up.

3. Acknowledge your differences in energy levels:

This holds good especially if there is a considerable age difference between you two: if he is younger, he is quite naturally inclined to party more, hang out with his friends more and if you happen to be higher up in the workplace hierarchy, or have the added responsibility of being a single mother to a child, you are likely to be more into staying at home with Netflix and a glass of wine. Your energy levels will differ, depending on the difference in age, as well as lifestyle. The areas of your interest may differ too, and it is important that you acknowledge this fact and embrace each other’s differences, try out what your partner is more inclined towards and get to know them better.

Given society’s unhealthy perceptions when it comes to an older woman younger man relationship, it is quite obvious for you like the older woman in the relationship to feel insecure about your position in the relationship. You might live with the constant fear that your younger male partner might leave you for another younger, attractive woman. However, such is not the case. Your man is with you because he wants to be with you in the first place and you must be secure enough with your place, with where you are and where you stand.

It has been said time and again that good communication is essential to keep things at ease between the two partners and keep the relationship going strong as it brings clarity between the duo and throws light on what both of you want out of the relationship. When your man is considerably younger than you, he might have occasional troubles dealing with your way of handling things and even in the way you express your needs to him. These problems can be uprooted only through proper communication between you both.

When you are dating another individual with a considerable age difference, it is not always easy. Things can go out of balance in such a relationship easily. Make sure that you keep in mind the needs of the other person, and acknowledge them for who they are. Do not force your own will on them, or push down your own demands on them. Remember to appreciate your differences, for they will ultimately bring you closer together.

Pin it for later 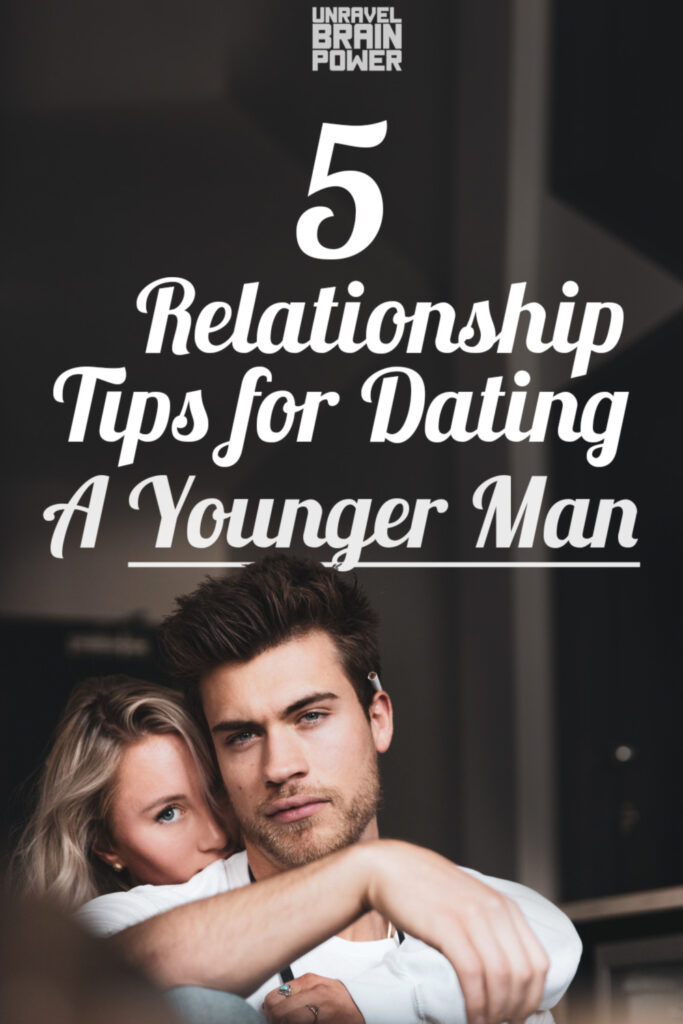