Halloweens are incomplete without a Halloween movie. Agree?
I am a huge horror movie lover. Apart from watching them again and again, I do have quite a collection of them.

From the recent releases to the back old classics, I have listed my recommended horror movies that everyone should watch at least once. You can watch on this Halloween 2021

One of the best horror movies I have seen. You won’t get to see a real scary ghost here, but a human in flesh and blood, like you and me, but with a serial killing motive. In one word, it’s a classic Halloween movie you should watch.

It streams on Netflix. The film comes up with a very good moral at the end, even after starting with too many creepy things. A French movie with English subtitles is all you need.

After a mysterious accident, the girl ends up being locked in a mysterious bunker with two more men. The thrill and the flow of the movie are too good to be missed.

After an apocalypse that leads to the death of all people except a family of four, they find it difficult to survive on the outskirts. The creatures being blind, the four had to find ways to communicate with each other. Nail-biting thrill and horror perfectly describe the movie.

A true story. The movies revolve around a doll that holds demonic possession. The first two movies are too good for a Halloween eve. The fourth movie is in process. Do watch it out.

A mysterious force starts killing people on the logic if you see, you die. A story of a mother and her two children finding an escape on a boat blindfolded. It is on Netflix. A film worthy of watching.

A young girl finds a box and gets mad at buying it. After her father bought it for her, she became slowly attracted to it and became possessed of its evil powers.

A miserably shy schoolgirl who is protected by her fanatic mother. She gets bullied on her college prom day and releases her power to take revenge on the people who bullied and laughed at her. A perfect Halloween movie for the night. It has two versions made in two different years. One in 2003 and another in 2013.

After a couple and their kids move to a new house, strange things begin to happen. Mostly scientific horror movies. The movie masters the art of screenplay and an outstanding projection. Everyone must watch this series once.

A Stephen King classic movie of all time. A dancing clown named Pennywise is our creepy clown here. He doesn’t make us laugh, instead gives us spine chills. The beginning, the conclusion, and the plot offer much scope for horror movie lovers to enjoy.

A brother and sister find ways of proving the fact that the mirror is haunted and sets plans to execute them. The storyline is remarkable and obviously one of the best horror stories you would love.

After a tragic incident when a couple adopts a boy, problems begin to start. Problems weren’t with the boy awaken, it starts when he falls asleep.
Do watch it.

Who hasn’t watched this movie trilogy?
My favorite horror movie of all time. I still remember the days I hallucinated Samara after watching just the first part.

I don’t know why it has got a low IMDb rating. Jessica Alba plays the role of a blind woman who gets a cornea transplant. Soon after she starts seeing demons taking away the souls of the dying people. The ending leaves us with so many things. The scariest scenes and the best story make it my top 5 favorite Halloween favorite.

Ed Warren and Lorraine warren’s scariest paranormal research ever. It is a true story about a family and the curse on the land. Whoever comes to live on that land, dies. It’s an eye-pleaser to watch the story unfold. The 3rd series of the trilogy is in process.

A horror and thriller, based on true incidents. A 12-year girl gets possessed by an evil spirit and behaves much creepy. Long storyline along with good acting and great horror.

In search of her missing sister, a woman travels to the forest of Japan. In the end, she gets attacked by the spirits, while her sister reruns home.

Takashi Shimizu’s excellent direction and a Japanese curse will fit perfectly in your Halloween night. The trilogy is one of the scariest horror pieces you will be terrified to watch.

The Valak demon disguised as a Nun threatens the group and kills them one by one. One of the nuns sacrificed herself to stop the evil power. The plot twists when a young would-be nun and a father come to investigate the case at the church. Things start to go wrong.

Again a true story to watch. After getting a scholarship, a village girl comes to college where she gets possessed by a demon. The evil spirit almost killed her. The exorcism performed on her by the church father is scary and thrilling.

Haunted by a traumatic past, a woman lived with her husband and children. One night they encountered four strangers and when the attacks take their masks off, they get horrified to see their doppelganger.

If you have watched its previous parts, you’ll know that this last series of the movie is the best. A jigsaw killer hunts people who have done sins in their life and kills them one by one in each stage. The killing process gives us a murder vibe, which is so into a Halloween theme.

A psychopathic killer who sins females alive comes under the spotlight when an FBI agent starts investigating the case with Hannibal Lecter.

These are my top 24 favorites among the many others. Watch them with your friends and family this Halloween.
Don’t forget to comment on your favorites.

Pin This for later 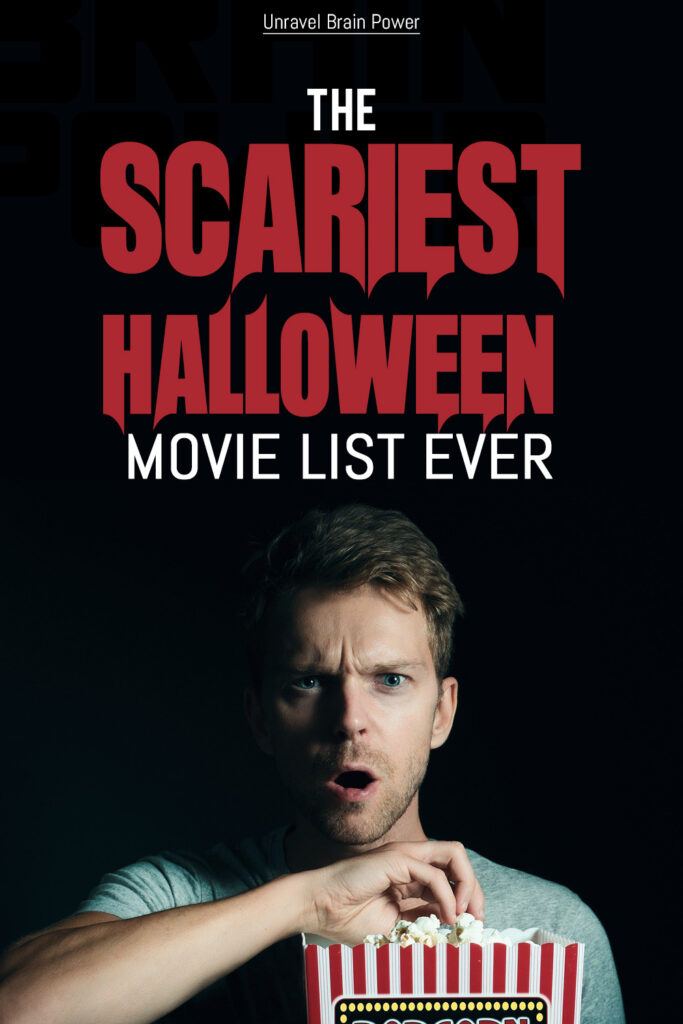