How to deal with relationship conflicts? Have you been fighting with your partner too often? Or have you been noticing to have more arguments than conversations? Disagreements and fights are inevitable in a romantic relationship, obviously. But every time you both try to make things work, there is something that ruins the situation and you both end up end verbally abusing each other, and sometimes physically harming each other? You do realize what happened was not needed or should not have happened, but the relationship conflict becomes unavoidable. No matter how much you think of trying to fix up the conflict – it fails for some reason or takes too much time to get back to normal. Well, we know perfect relationships do not exist but the best we can do is to make ourselves aware of the things that lead to relationship conflict.

Here to begin with a few easy-to-implement steps and tips to avoid relationship conflicts and keeping it healthy.

There are so many times we tend to assume things and react spontaneously, this leads to relationship conflict and may become worse with time. That is when we need to tell ourselves to be calm and to be ready to listen to what the other person wants us to understand. For example, when our partner is caught cheating on us it is obvious that we end up bursting out in anger without letting them explaining the story. That is when, the first thing we need to do is to make a very conscious effort to listen to their part of the story, understand it without judging them and respond to their action instead of reacting. This may sound impractical, but doing this can make you avoid the relationship conflict.

2. Do That Bedroom Romance

Usually, when couples fight, they stop talking to each other for some time because that’s the easiest way they find to express their anger and displeasure. Many people sex-fast! They stop giving the good-bye hug to their partner, stop sleeping together, say no to have s*x, and simply move away to avoid physical intimacy. This just drags the relationship conflict instead of mending the pain. There may be anger and ego inside but once you start making love to your partner, give them a passionate kiss when they are back home from their work and you begin to gently push them on the bed, have a sensuous love-making session – everything gets fixed. Escapism is never the right choice!

Holding that grudge and resentment takes a lot of energy. It affects our mental as well as physical health so much that it sometimes leads to major mental illnesses like depression and anxiety.  But forgiving is easy and better and it is something that gives rest to our mind and body.  When there is relationship conflict, choose to forgive to help yourself avoid unwanted stress. Once you forgive the person who did no justice to you and the relationship, you will be able to breathe that fresh air around.  And sometimes, being forgiving is being wise, and is the secret to a healthy relationship. It is also about being kind to yourself, only strong people can do that!

When two people get into a committed relationship, everything to them is beautiful and fancy, in the beginning. They both accept each other and everything looks perfect to them. Then the time comes when they start noticing the flaws in their partner and the relationship conflict begins. They begin to doubt their choices; they get confused about whether to stay in the relationship or to come out of it. That is when one needs to remind themselves that every person has difficult and annoying qualities and recalling the things that made them fall for each other. Thus, to avoid a relationship conflict, one needs to choose wisely about which flaws and difficulties they are willing to deal with.  Acknowledge and appreciate the positives your partner brings to your life, even better!

A relationship conflict, thus, is a conflict from either personality clashes or negative emotional interactions between two or more people. Solving relationship conflicts is more about knowing and accepting each other’s faults. Consider the real issues and treat them without disrespecting each other and without disregarding each other’s opinions. For example, if you had a stressful day at work, don’t bring home that baggage to dump it on your partner or over people around you that will lead to unnecessary fights and arguments.

How To Fight Fair In a Relationship : 13 Fair Fighting Rules 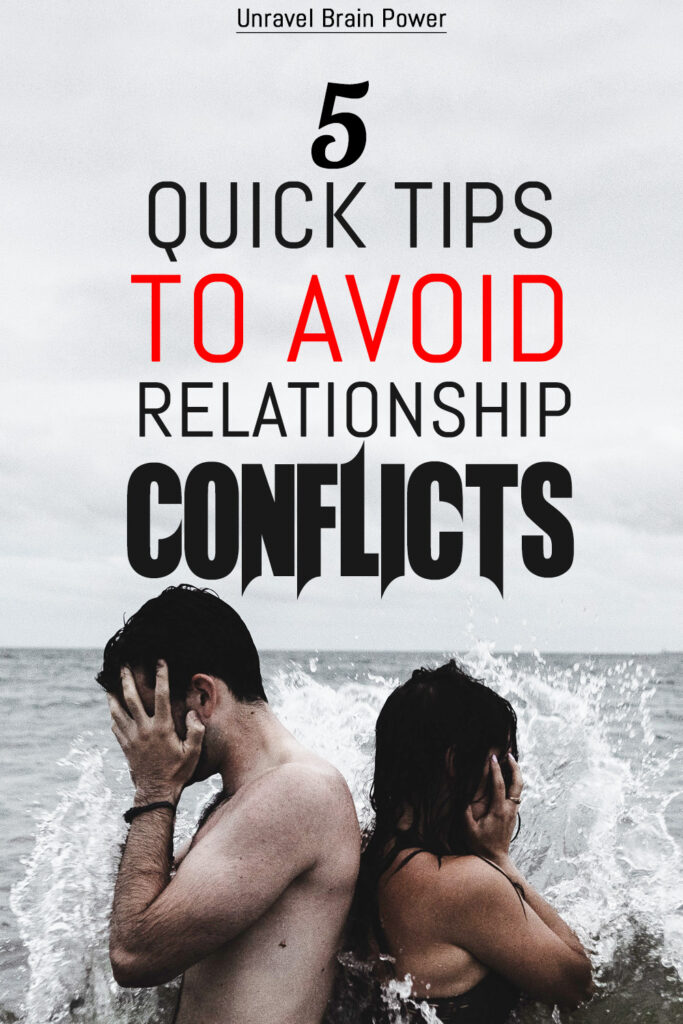 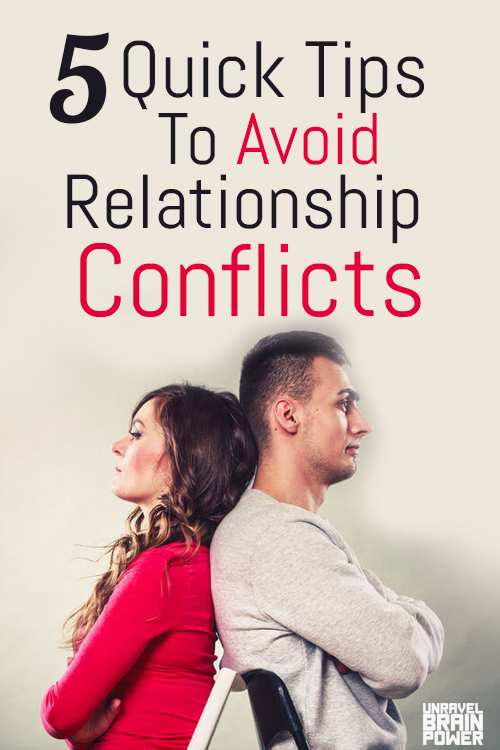 Read More – 10 Habits That Can Ruin Your Relationship.